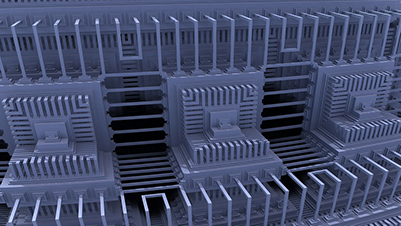 WASHINGTON—Oct. 31, 2019— The Semiconductor Industry Association (SIA), in collaboration with the Semiconductor Research Corporation (SRC), today announced the winners of its 2019 University Research Awards: Dr. Jesús del Alamo, Director of the Microsystems Technology Laboratories and Professor of Electrical Engineering at the Massachusetts Institute of Technology (MIT), and Dr. Jason Cong, Distinguished Chancellor’s Professor at the Computer Science Department of University of California, Los Angeles (UCLA) and Director of the Center for Domain-Specific Computing and the VLSI Architecture, Synthesis, and Technology (VAST) Laboratory. Professors del Alamo and Cong will receive the awards at the SIA Award Dinner on Nov. 7, 2019 in San Jose, Calif.

“Research is essential to semiconductor innovation, spurring advances that underpin all the important transformative technologies of today and tomorrow,” said John Neuffer, president and CEO of SIA, which represents U.S. leadership in semiconductor manufacturing, design, and research. “Through their excellence in semiconductor research, Professors del Alamo and Cong are helping to ensure America continues to lead the world in semiconductor technology and cutting-edge, chip-enabled technologies, including artificial intelligence, quantum computing, and advanced wireless networks. We are pleased to recognize Dr. del Alamo and Dr. Cong for their outstanding achievements.”

“We are proud to honor these outstanding SRC-sponsored researchers for their tremendous achievements in their fields.  Their accomplishments serve as a model for researchers everywhere and are an inspiration to the 1,300 active SRC-sponsored graduate students that form the semiconductor workforce and leadership of the future.” said Semiconductor Research Corporation’s CEO Ken Hansen.

Dr. del Alamo will receive the honor for excellence in semiconductor technology research. He is being recognized for significant contributions over more than 30 years to education and the advancement of semiconductor devices in physics, technology, modeling, and reliability. His contributions have been adopted and deployed in many commercial semiconductor fabs, providing the foundation for increased performance and integration and opening doors to many new applications. Dr. del Alamo holds degrees from Polytechnic University of Madrid (Telecommunications Engineer, 1980) and Stanford University (MS EE, 1983 and PhD EE, 1985).

Dr. Cong will receive the award for excellence in semiconductor design research. Specifically, he is being honored for his achievements over the past 30 years in advancing the industry’s interconnect estimation and optimization, reconfigurable computing with the use of FPGAs, and high-level synthesis from C/C++ to RTL. Dr. Cong received his BS degree in computer science from Peking University in 1985, and his MS and PhD degrees in computer science from the University of Illinois at Urbana-Champaign in 1987 and 1990, respectively.