The Softest Side of SRC 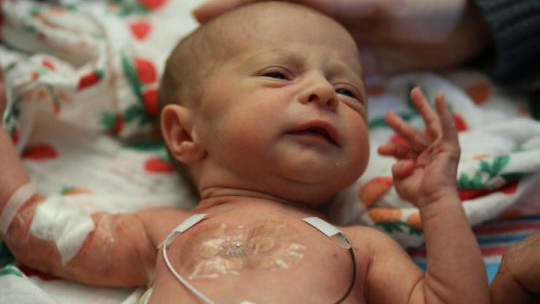 In the typical NICU setting, the mass of wires that surround newborns are often bigger than the babies themselves. An infant could have five or six wires connecting electrodes to monitor for breathing, blood pressure, blood oxygen, heartbeat and more. Although these wires ensure health and safety, they constrain the baby's movements and pose a major barrier to physical bonding during a critical period of development. Going wireless makes it much easier for parents to pick up and hold their delicate newborns, and for mothers to breastfeed them. Wires can feel like a tether from the baby to the bed, and may be intimidating for the already stressed parents.

Transferring from research to reality, A team of engineers and physicians and Northwestern University recent completed a successful pilot program and hope to expand the new system of care.