In 2010, SRC was approached to collaborate with Mubadala, Abu Dhabi's major investment company, to lend expertise to the daunting challenge of building a sustainable R&D culture for the United Arab Emirates.

Although once a crucible of science and technology, studies in the early 2000's revealed that the Arab world was lagging behind in knowledge production. By 2007, the remarkable vision of the people was borne out in Abu Dhabi Economic Vision 2030, which included a strategy to leverage Abu Dhabi's generous resources to fund and grow an R&D base in the area of microelectronics.

The selection of SRC to partner with Abu Dhabi was a natural one. After all, SRC was formed in the early 1980s as a response to the rapid erosion of technological leadership in the American semiconductor industry. SRC's rich history and institutional knowledge provided an organization and a framework to launch an Abu Dhabi university research program in semiconductor technologies, with high-quality research outcomes and an emphasis on nurturing students from the UAE. 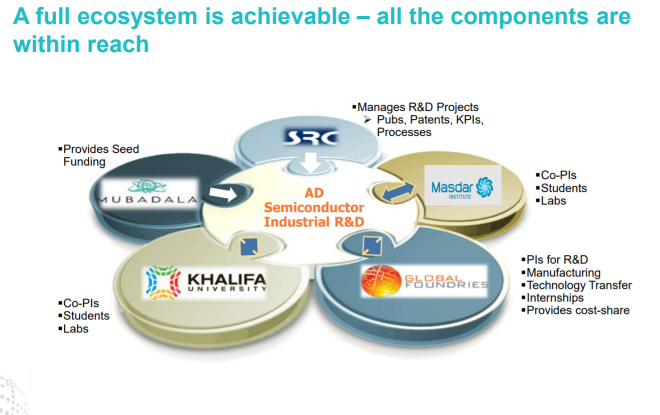